Termed by Freud, the notion of a “screen memory”denotes a memory that links together a second-hand vision with a first-hand memory too difficult to bear – the residues of a memory that the psyche concedes to keep to itself (rather than the original).
In order to insure that they don’t disappear completely – where for Freud, the residue of such a traumatic memory might be a penis (for example) – this memory might be converted, regarding the difficulty, into pink-colored ice cream (for example). Yet it seems that in the current exhibition, this theory has gone awry...
From a conversation with Merav:
​
Michal: The painting/masturbating hand seems to flood the space with the image of one giant “screen penis”. It is as if the penis alone remains from the word “memory”. An utter and complete rift?

Merav: Yes and I would like to stress the “as if”. Because it is perhaps precisely in the emptying-out of thebodily gesture, in the tracing, in a thin line, of the gesture and the bodily form, that the screened image comes to disclose itself. The exhibition tests the minor yet critical distances in the body’s map of its own borders, the blurred limits between what is proper and improper – such as a friendly kiss on the cheek that gravitates towards the mouth, or the story of Nahalal, an art teacher who wanted to cast his body and let the girls of his third-grade class apply plaster bandages onto his nearly naked body.

The drawings are somewhat like snapshots that direct our attention to physical contact, to a touch whose impact remainson the body like lasting archeological traces,however invisible. The exhibition deals with the substrata of gender power relations, with the rules that are unspoken yet largely accepted and that govern the perverted interplay between the sexes – an interplay that runs deepest. On the one hand, there is the clash of bodies trying to connect, a (physical or material) body that wants to connect with something greater, more metaphysical. But on the other hand, the body is used as a vessel.
I have tried to dissolve all this into dust, to make it disintegrate and vanish, through the Sisyphean task of making these works. I wanted to cover the walls with paintings,like the walls of a church. To create something of a temple to sexual experience, to offer a journey into the deep recesses of sex and to render the body,penetrated, by conquering the walls. I wanted for this interior,where the viewer or sex partner enters, to be inscribed with all previous experiences, with everything the viewers would rather not know, everything that is unspoken and deemed to silence.
​ 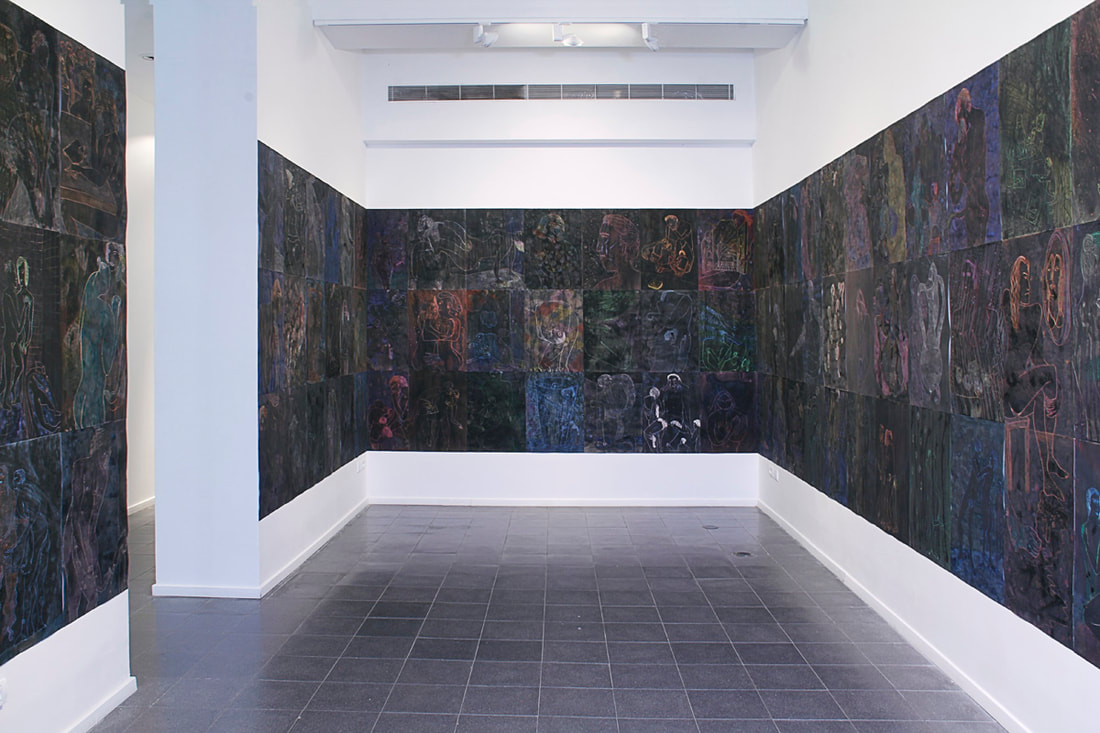 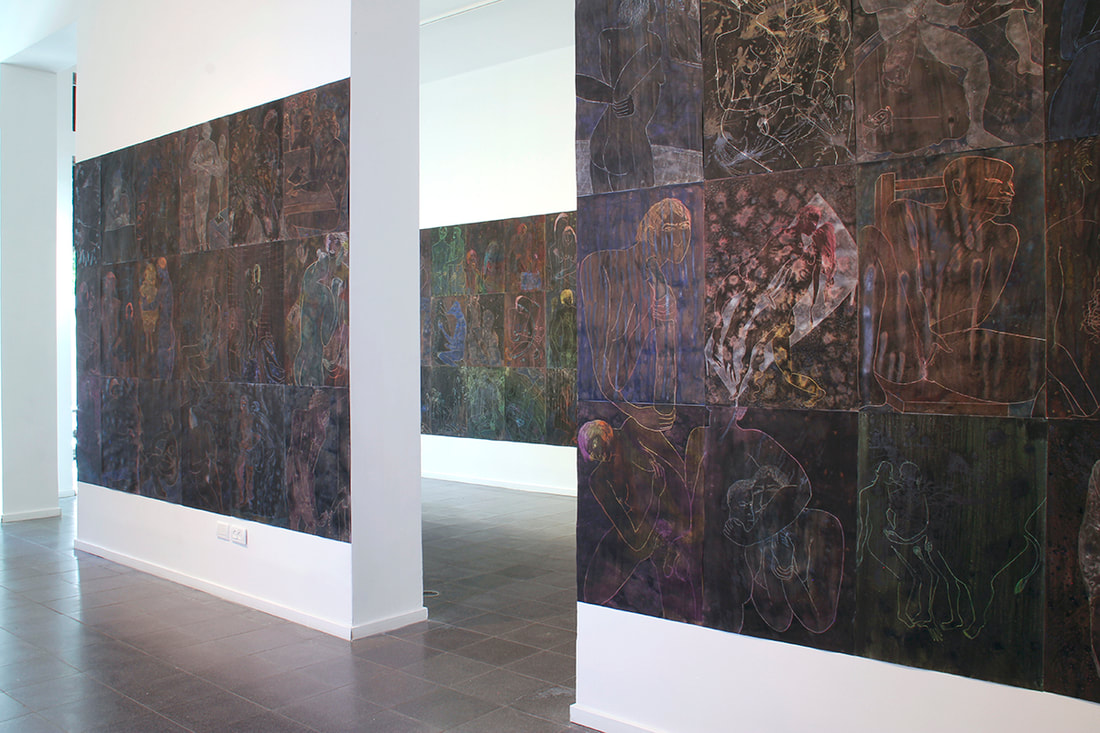 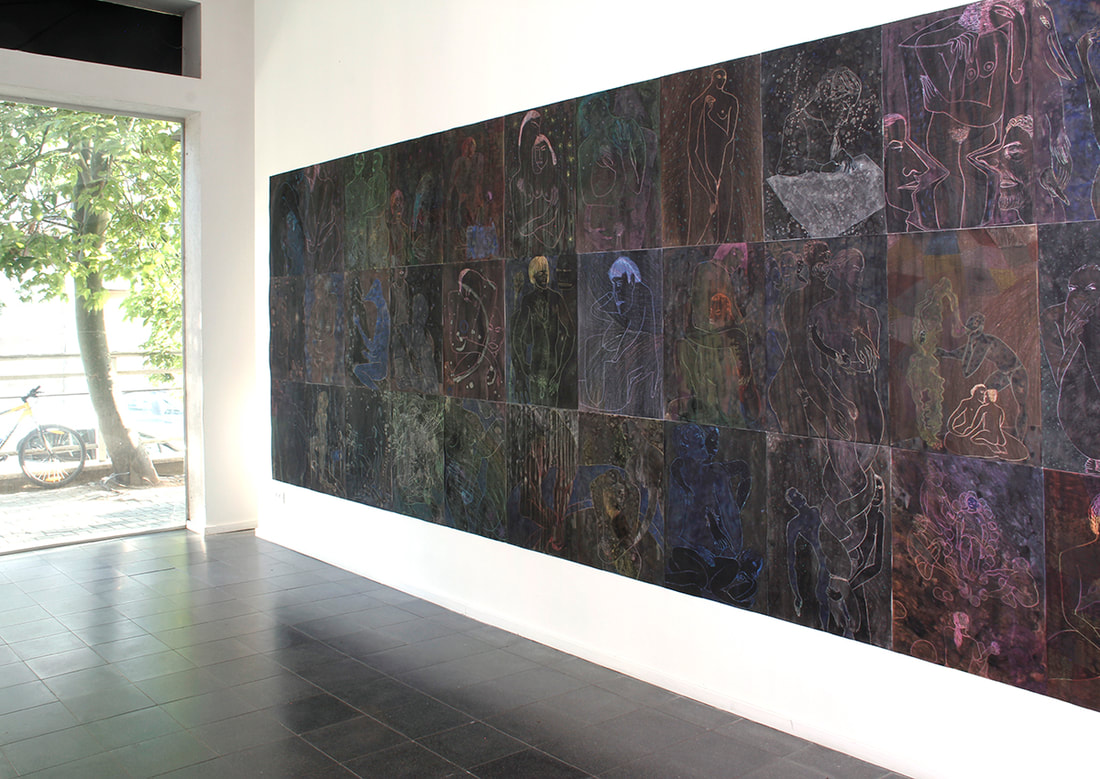 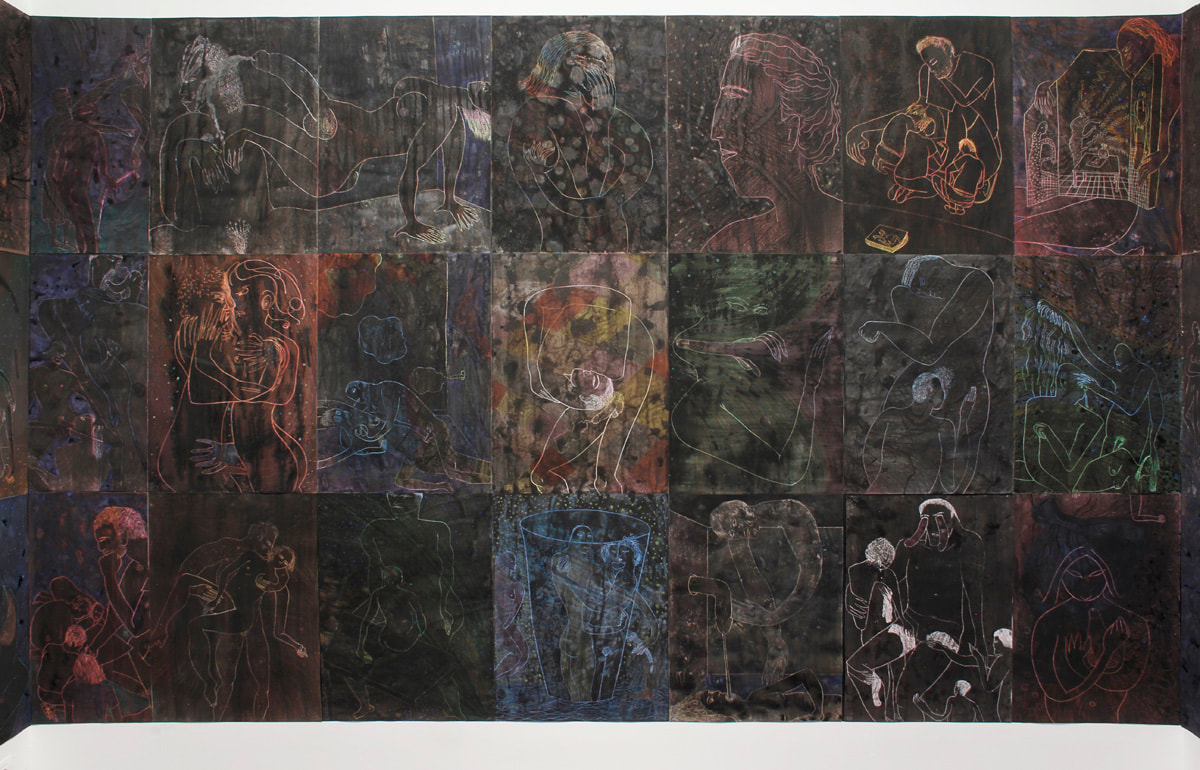 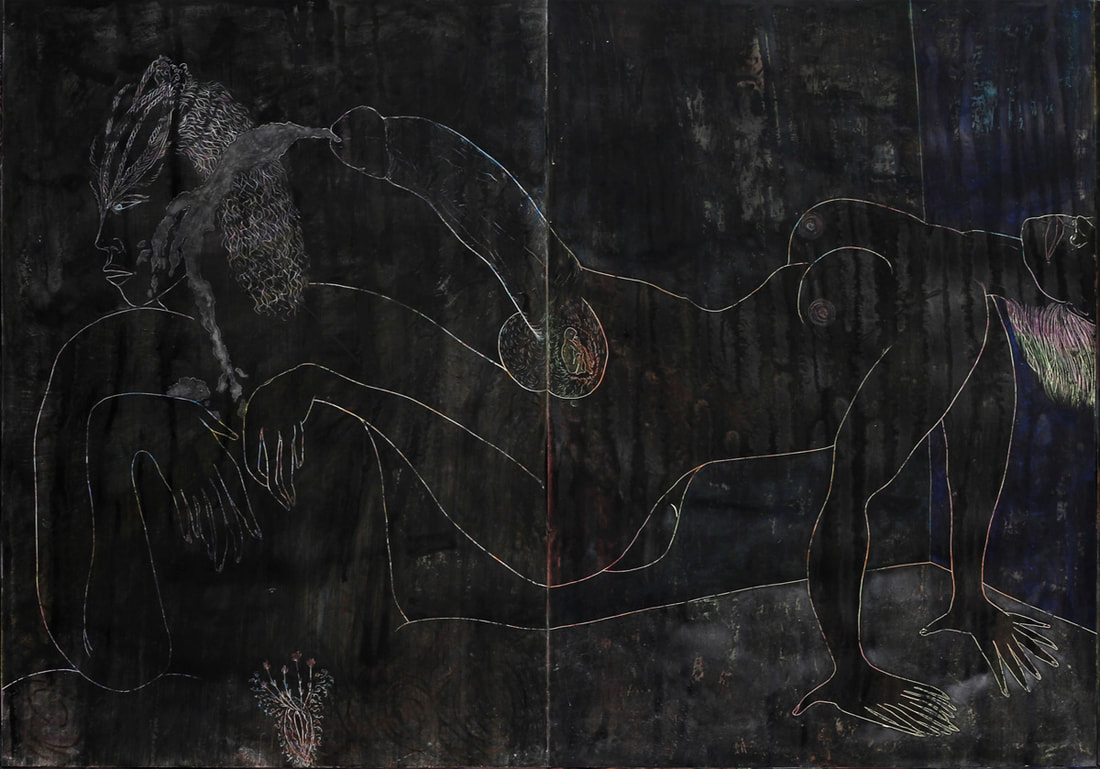 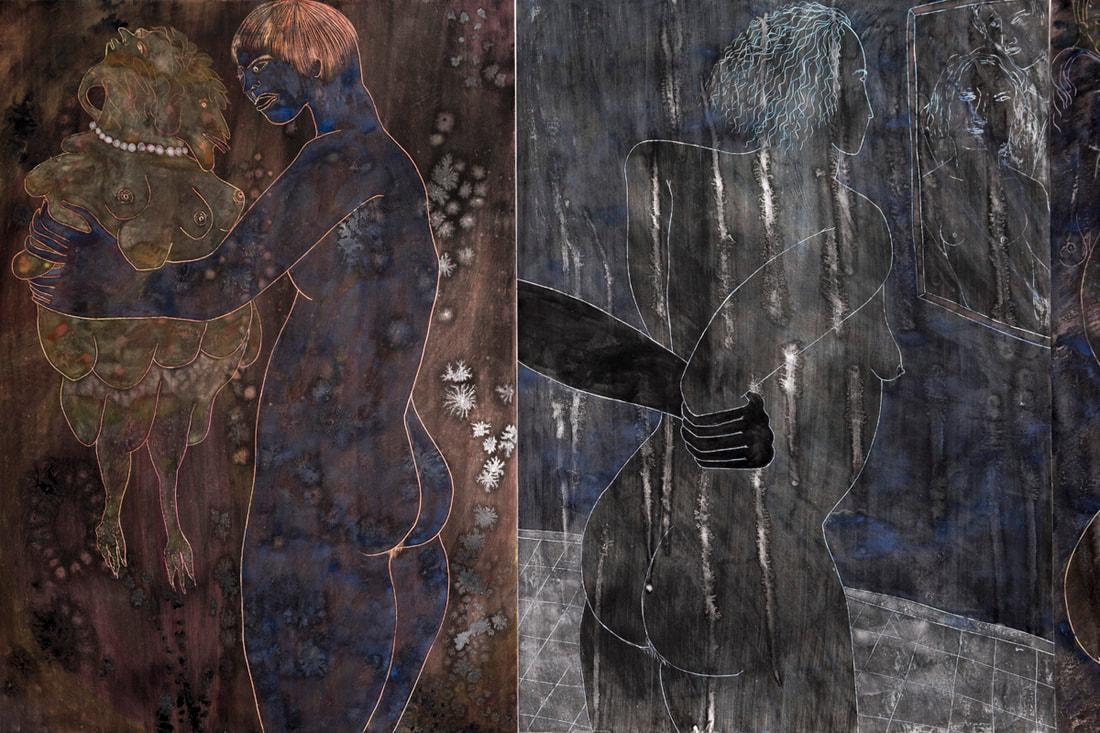 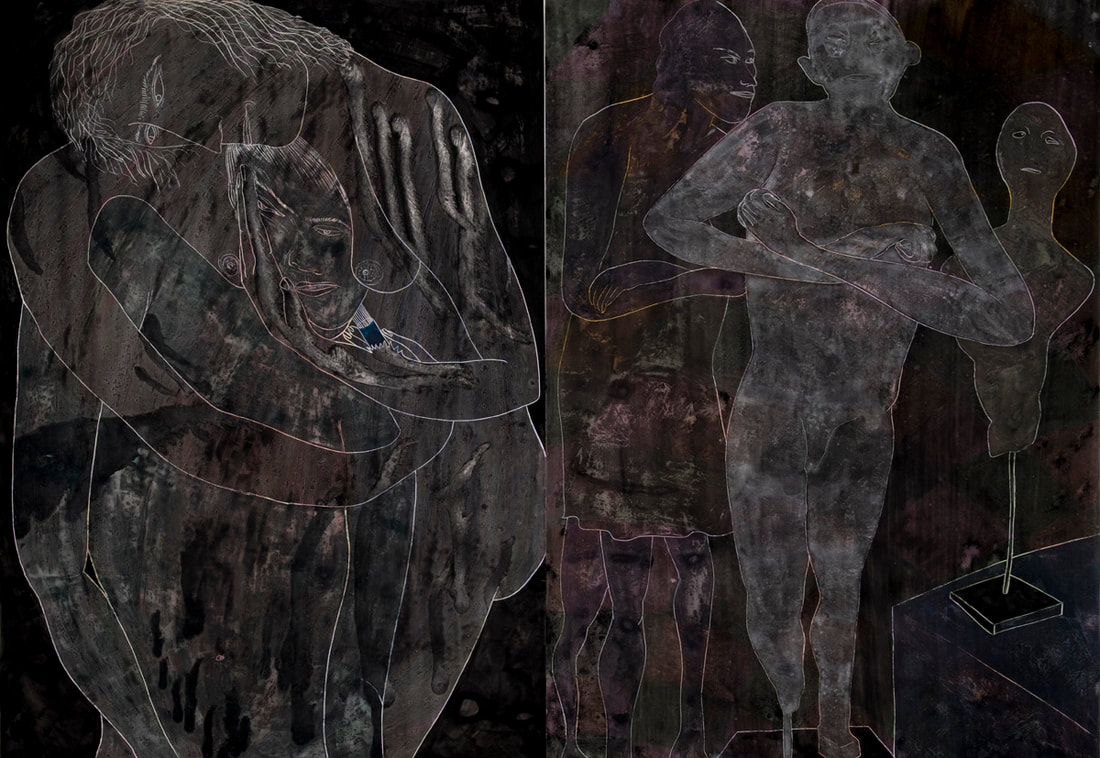 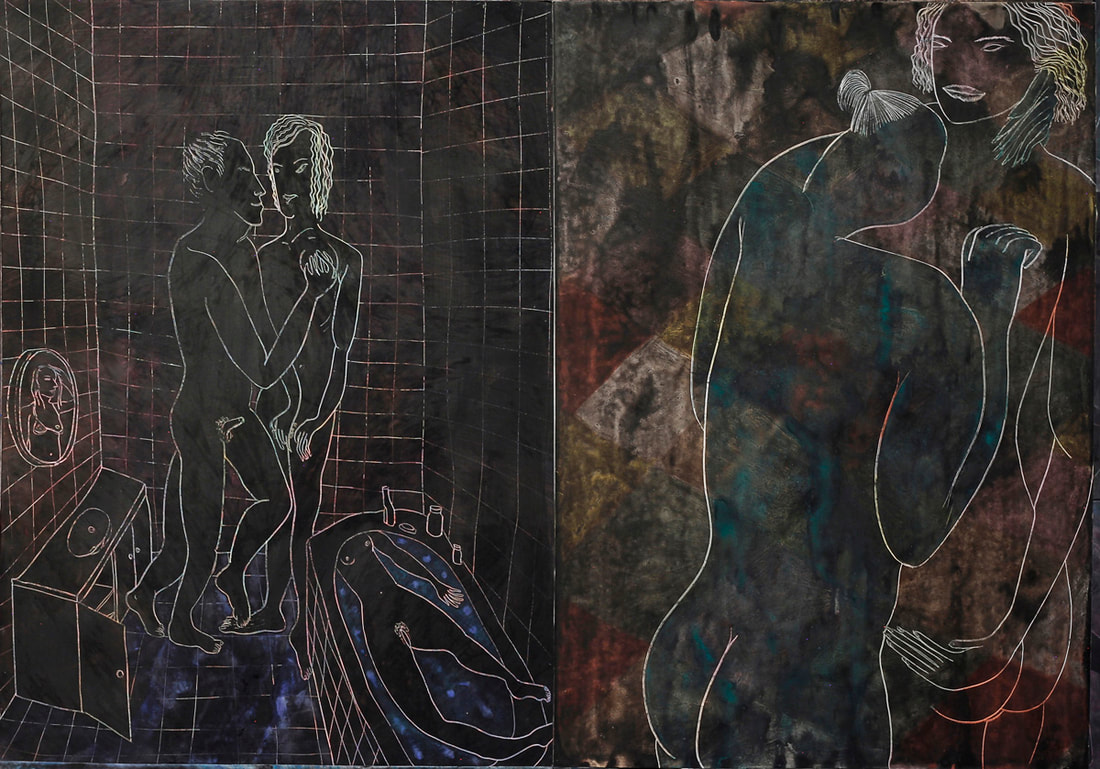 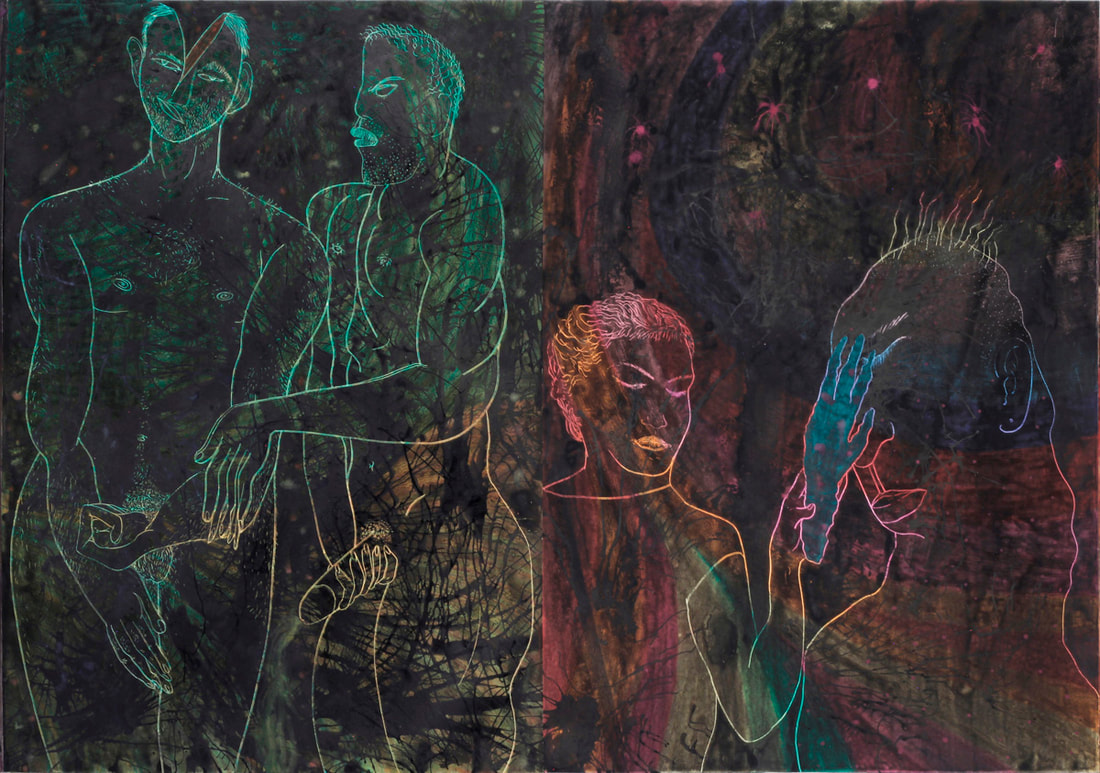 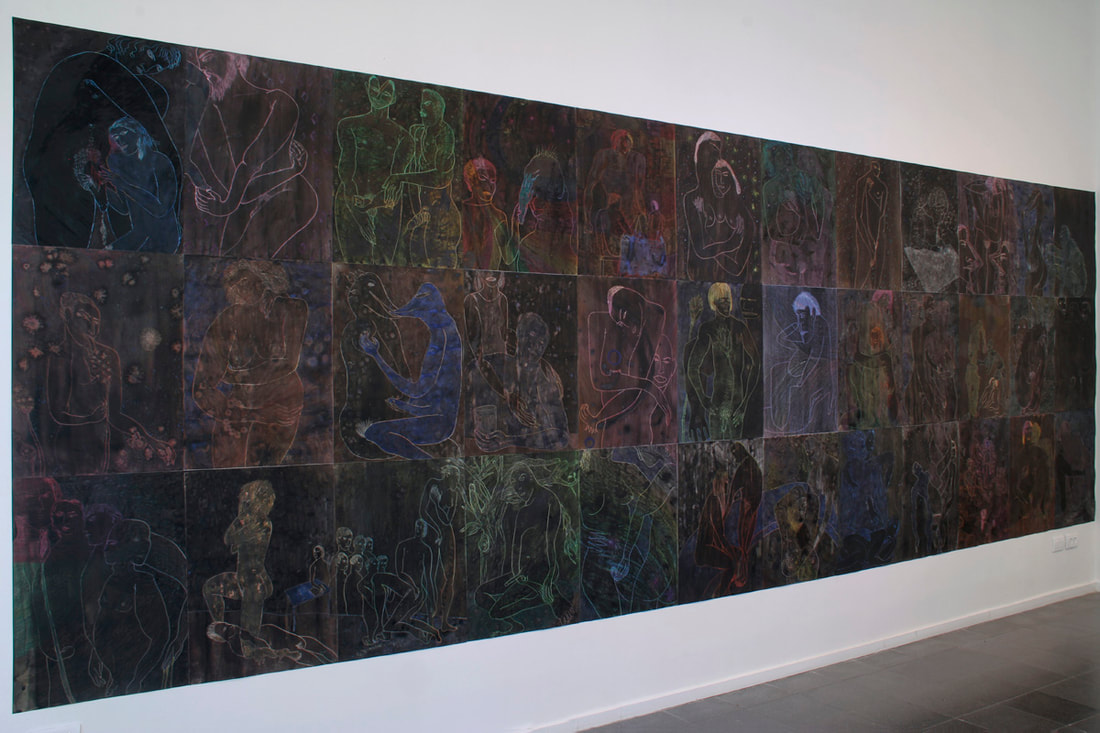 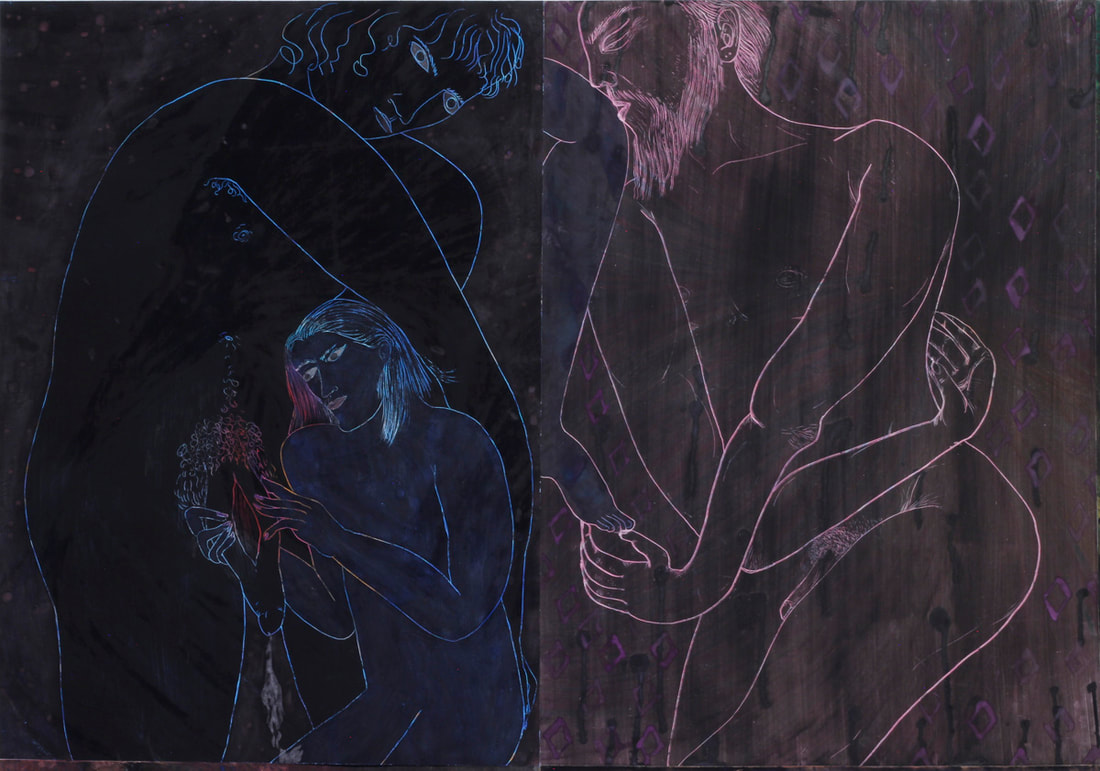 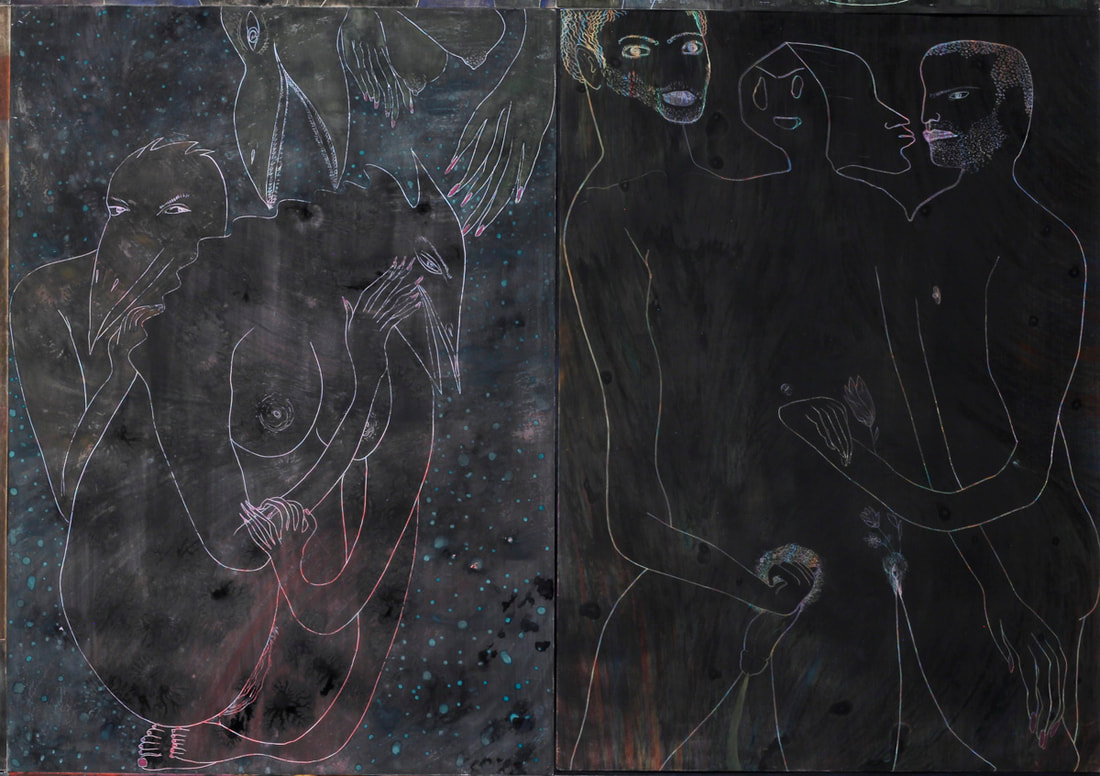 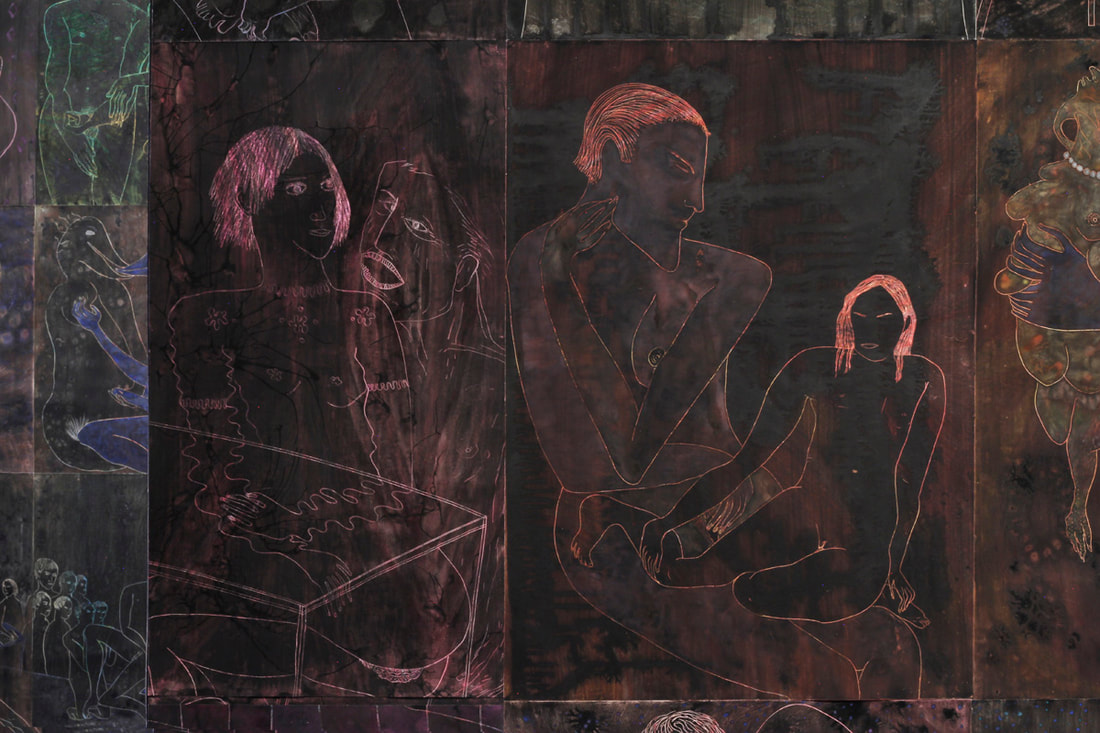 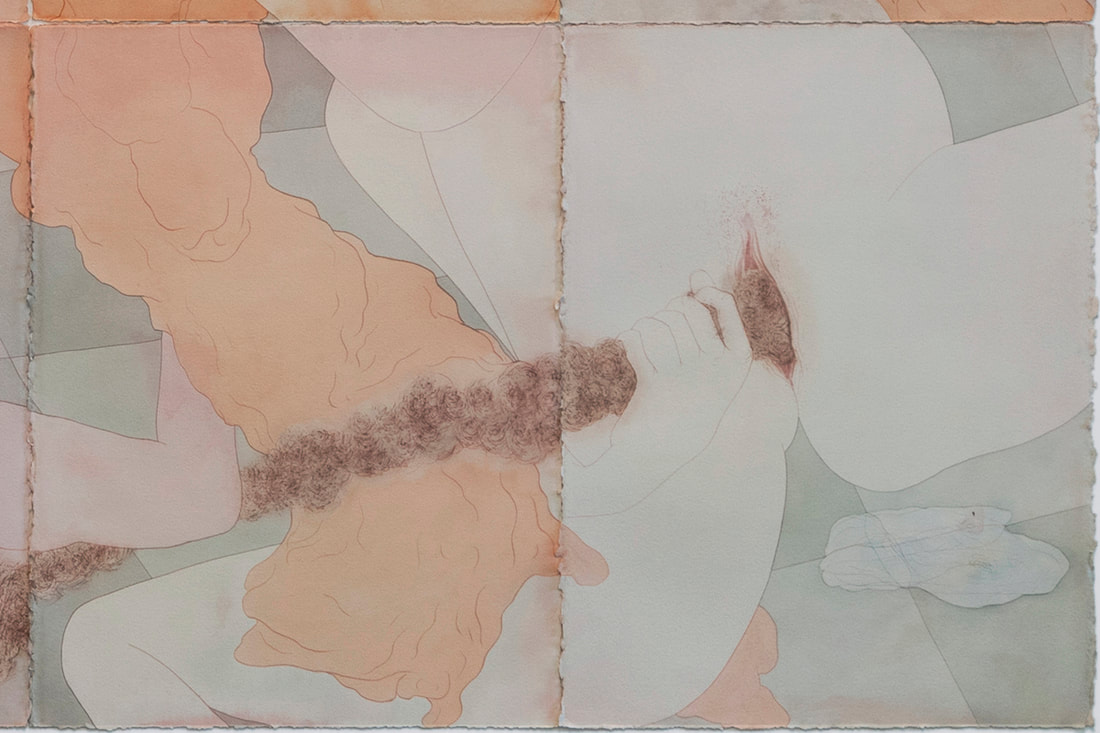 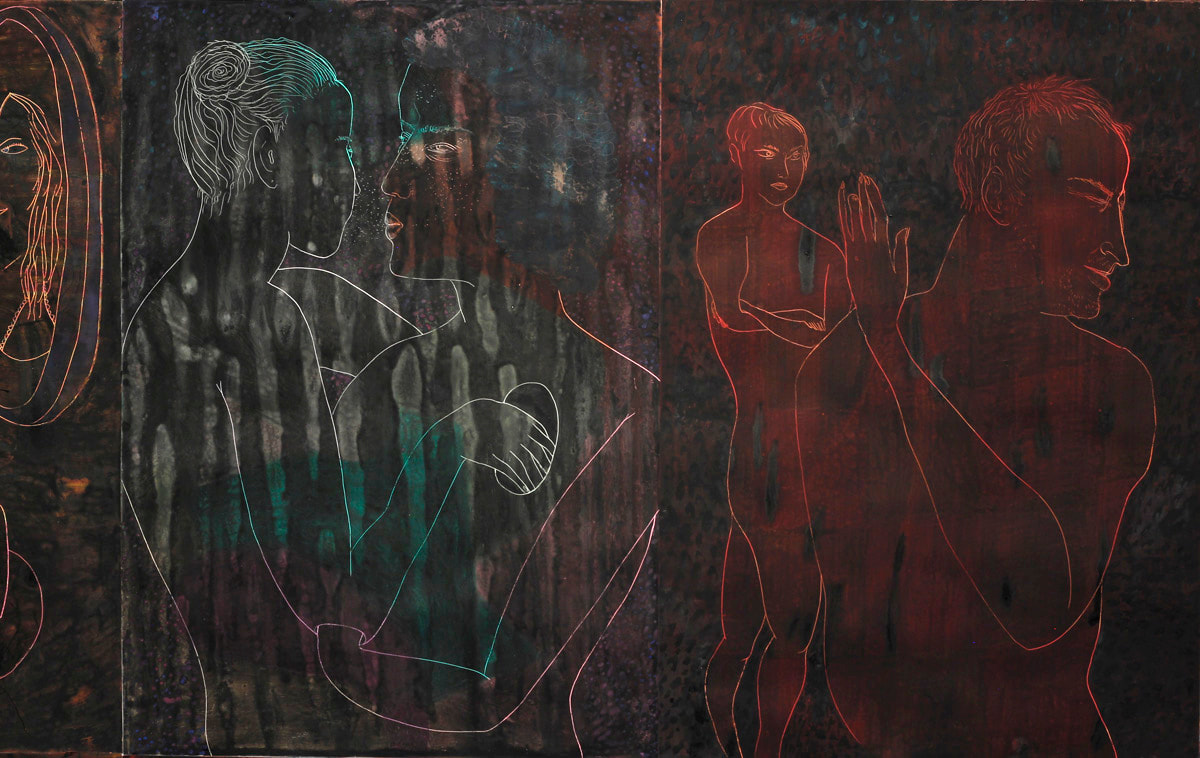 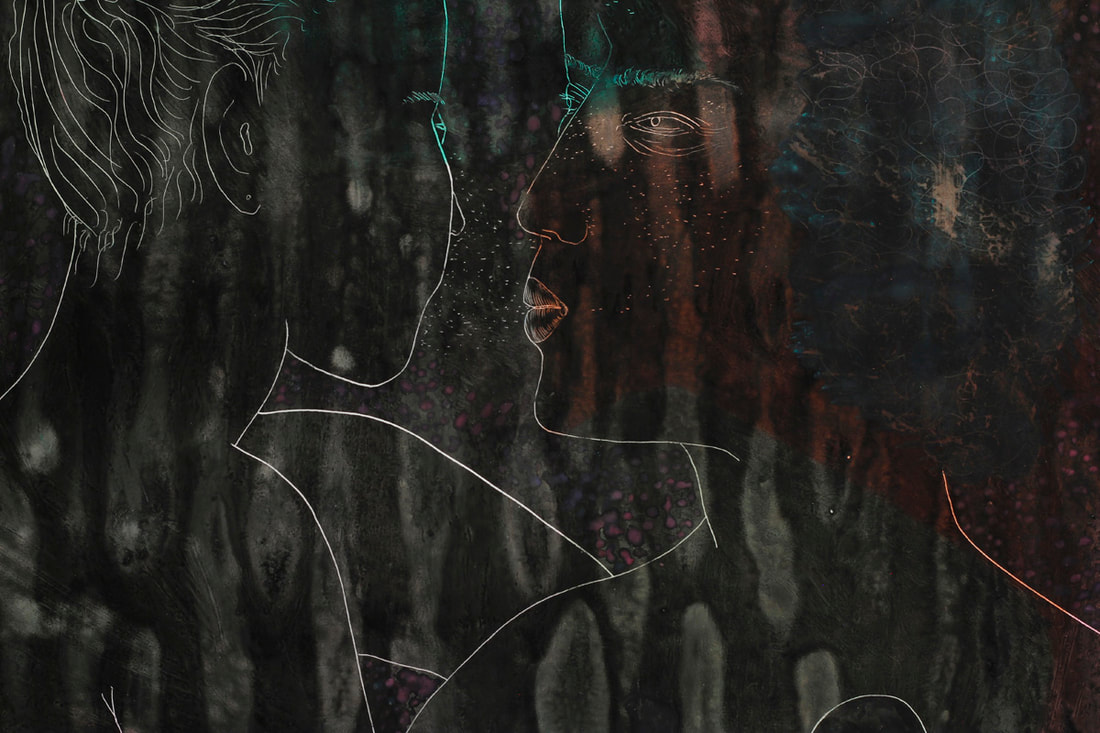 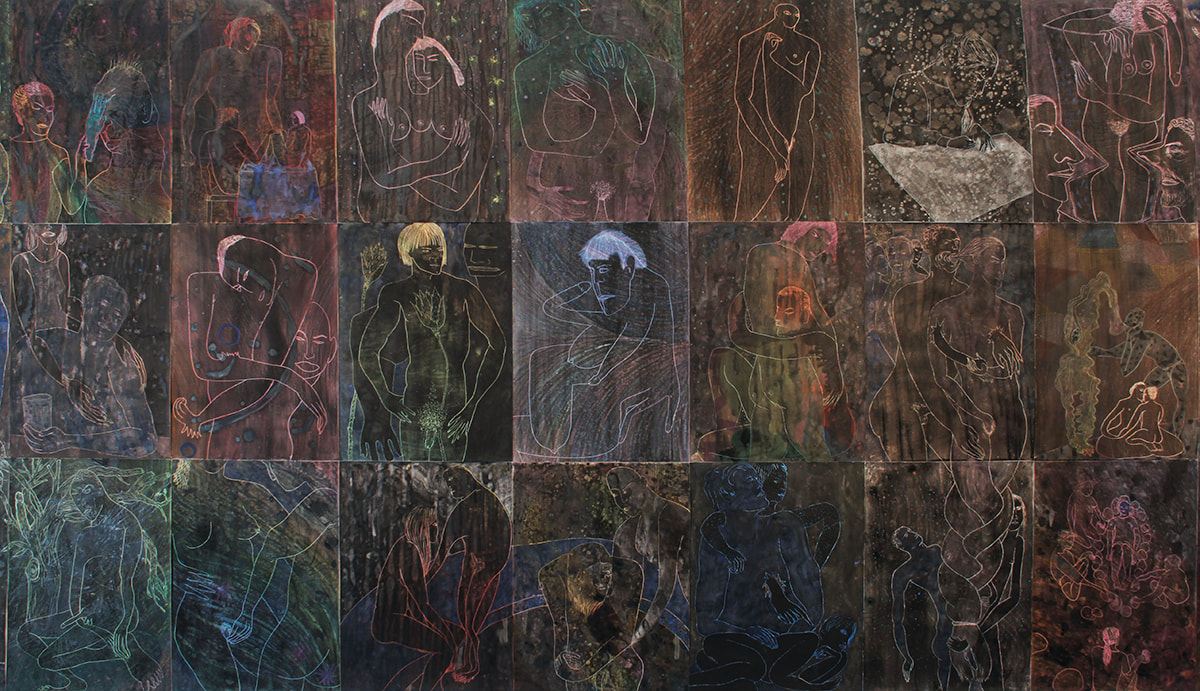 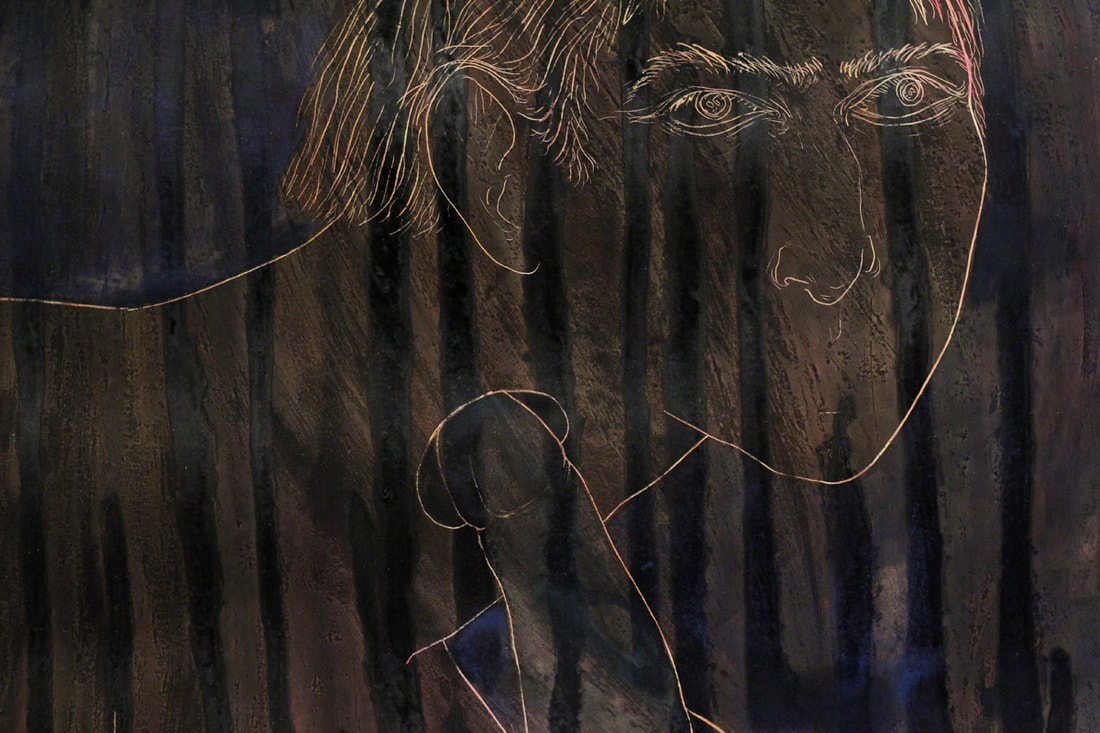 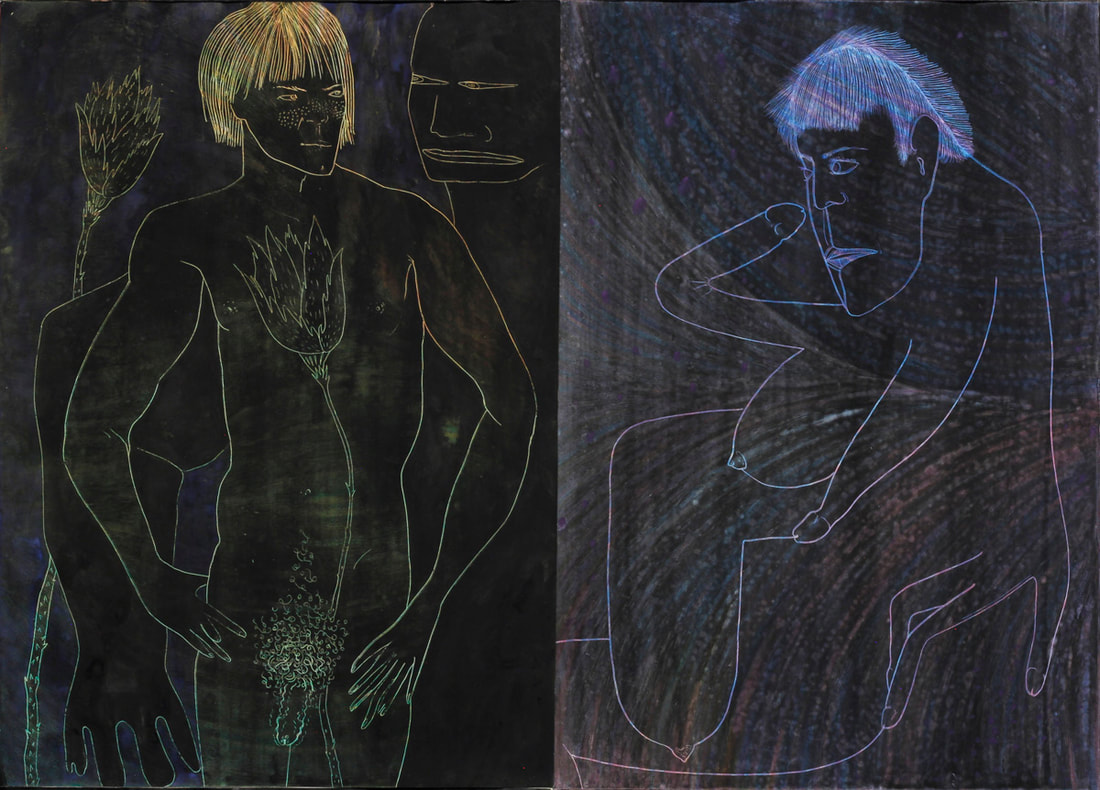 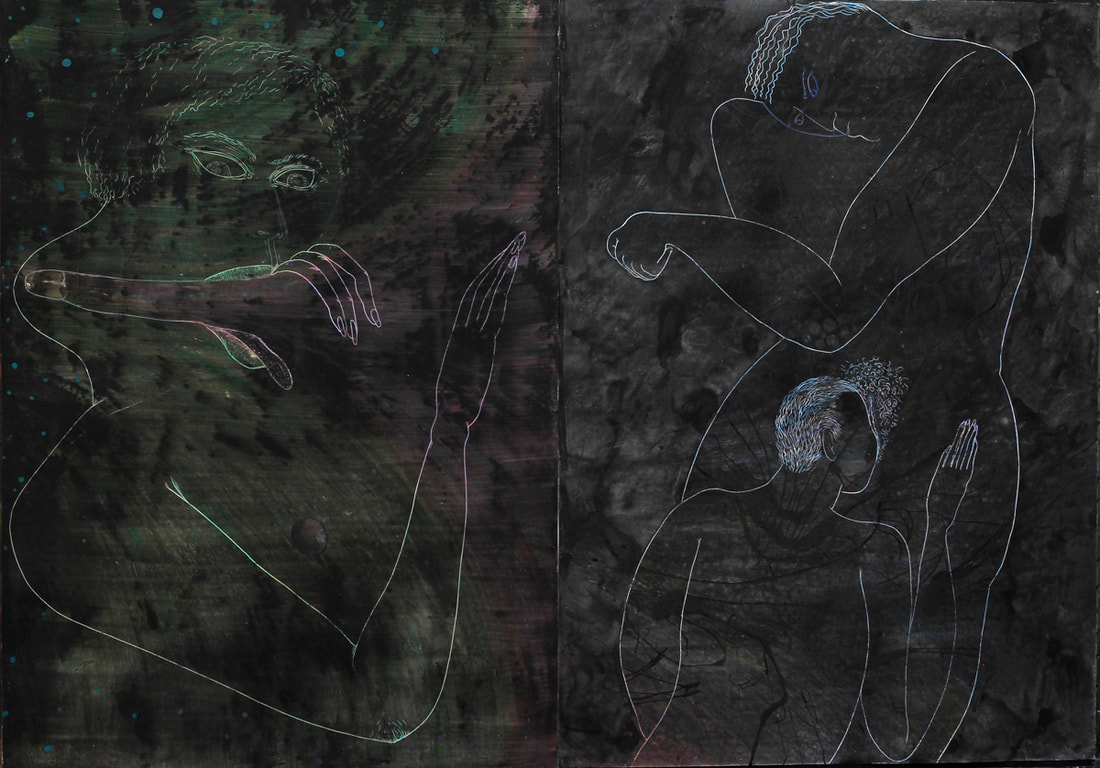 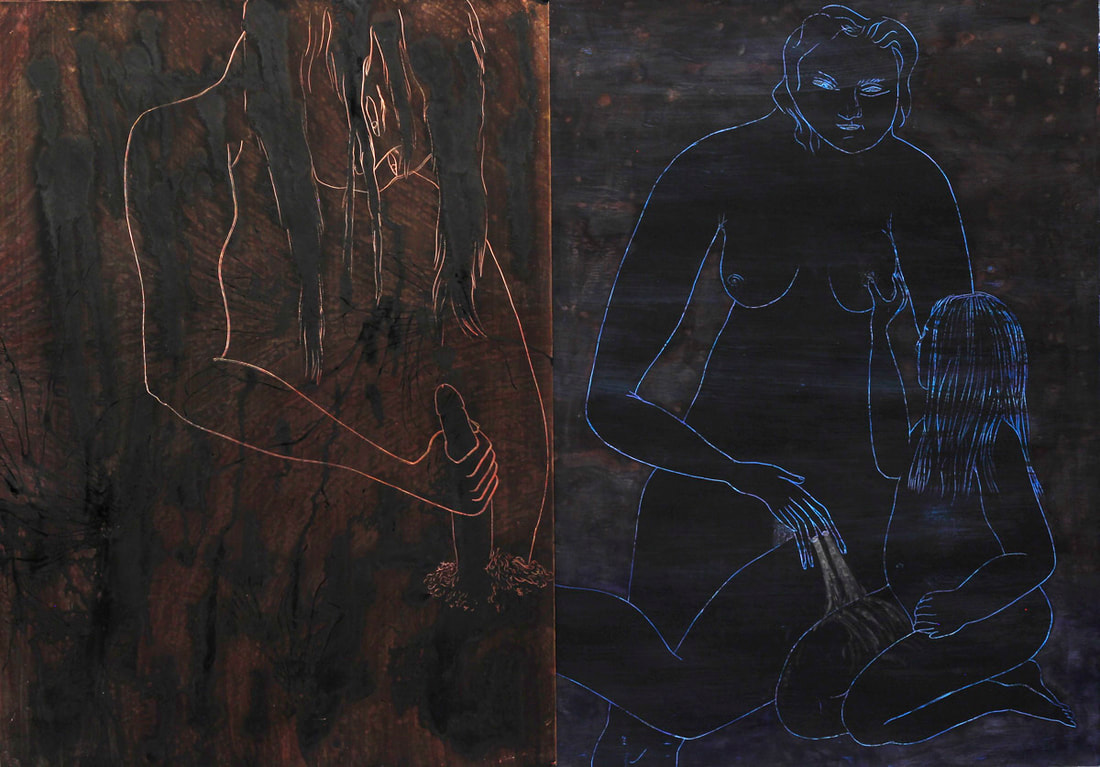 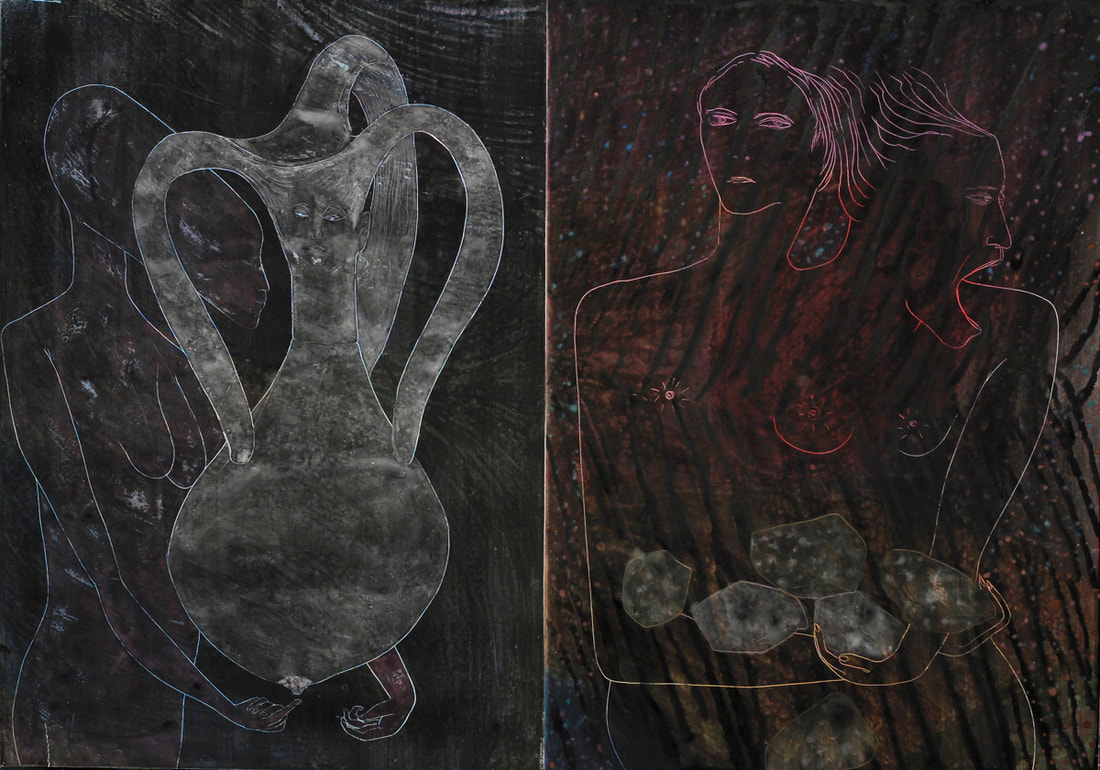 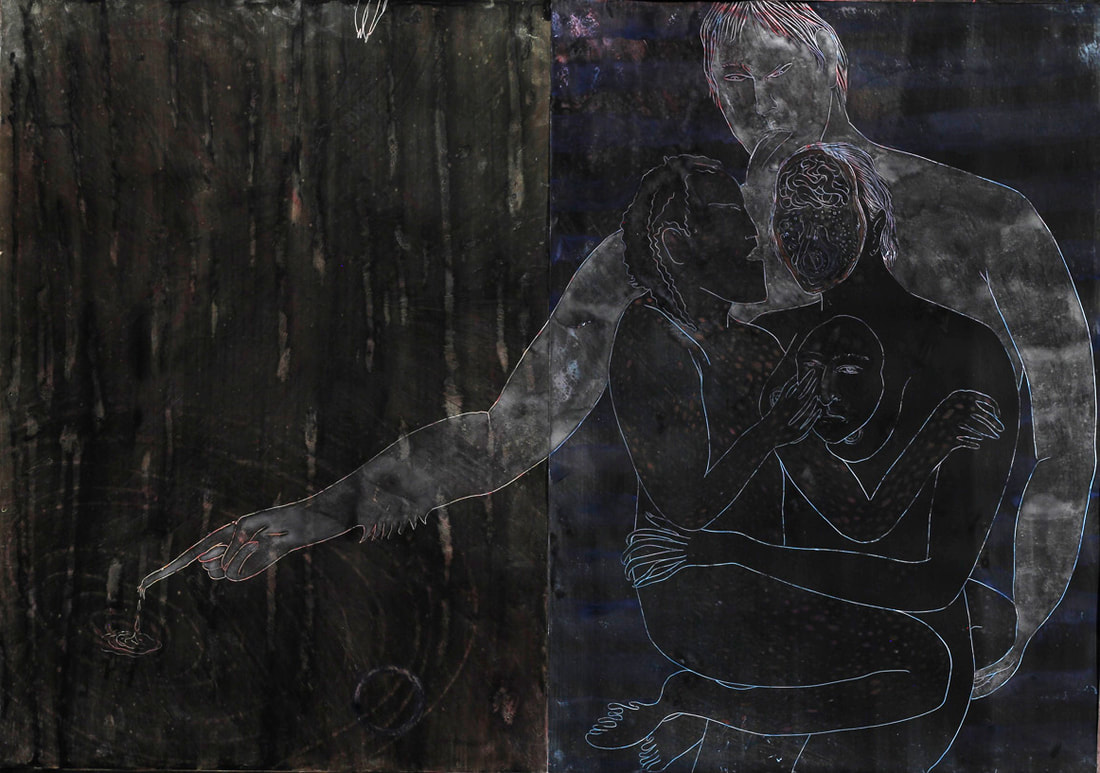 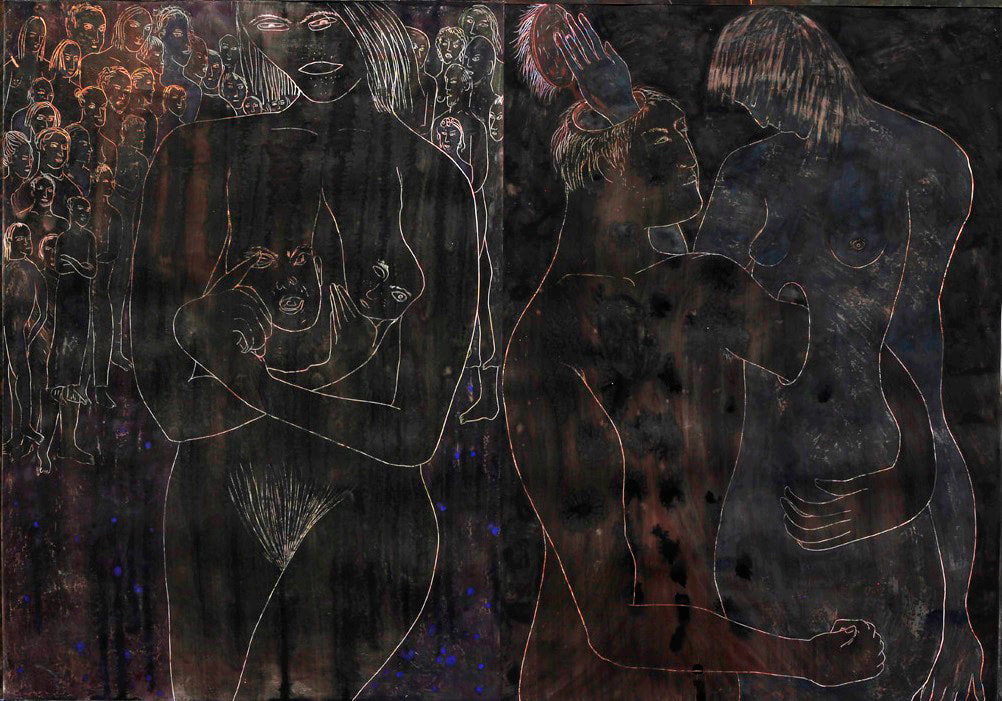 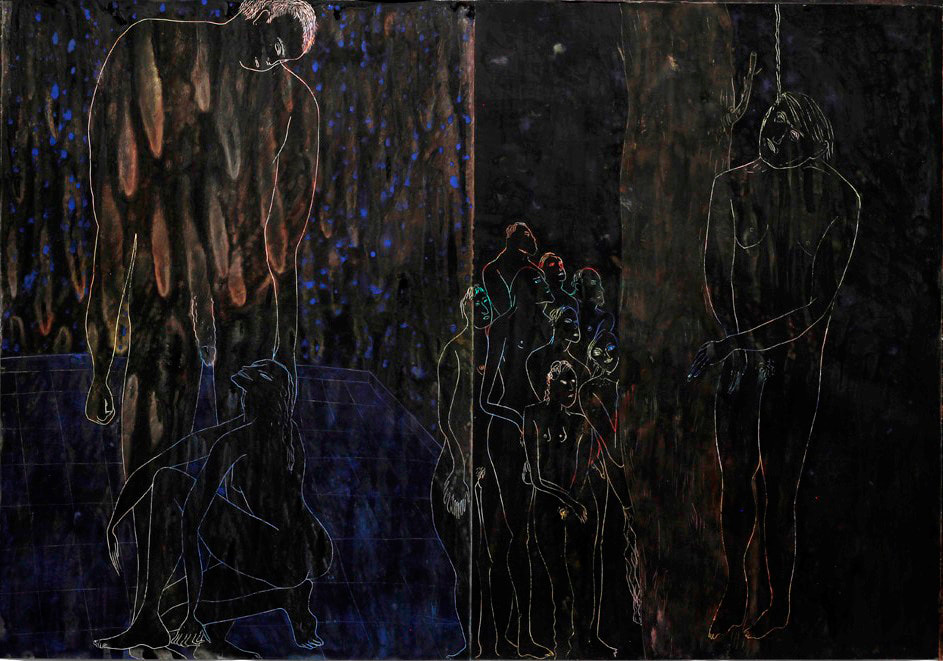 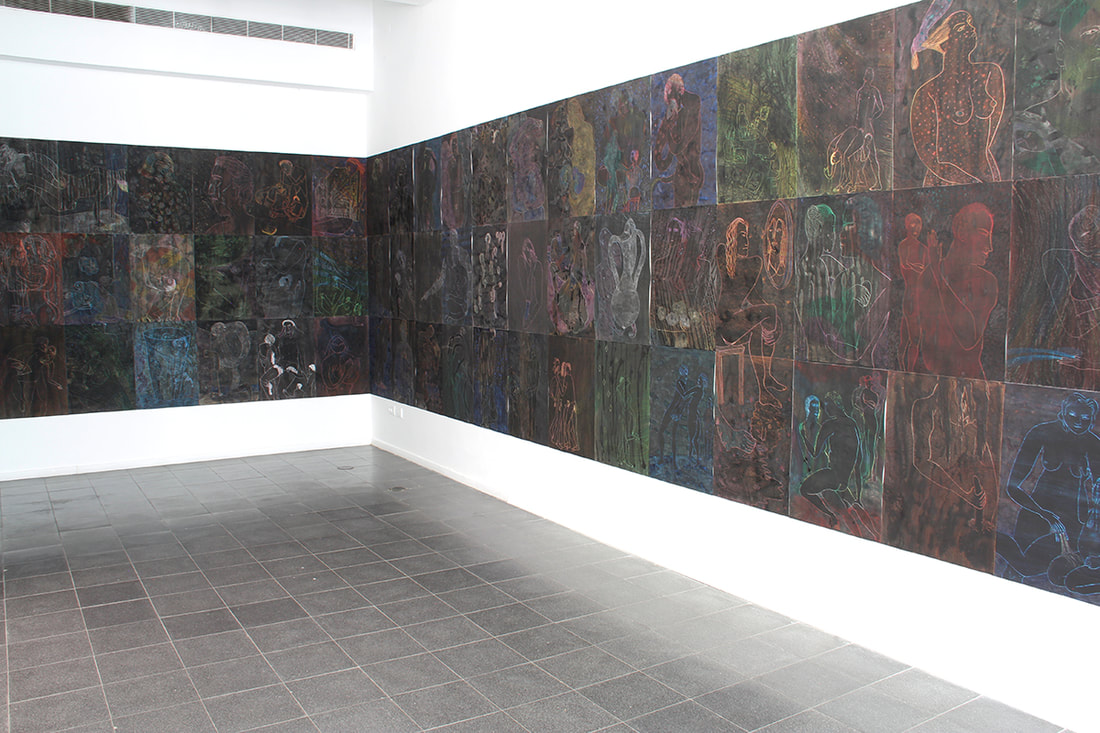